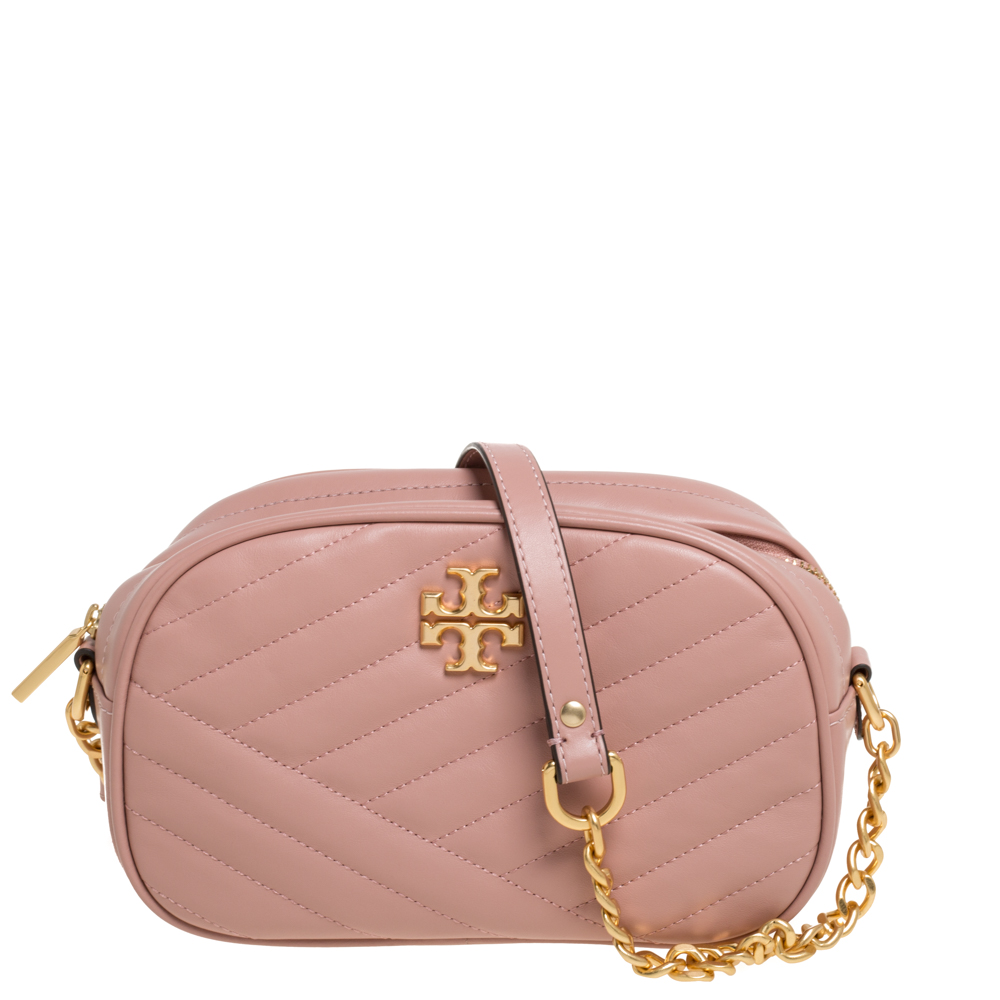 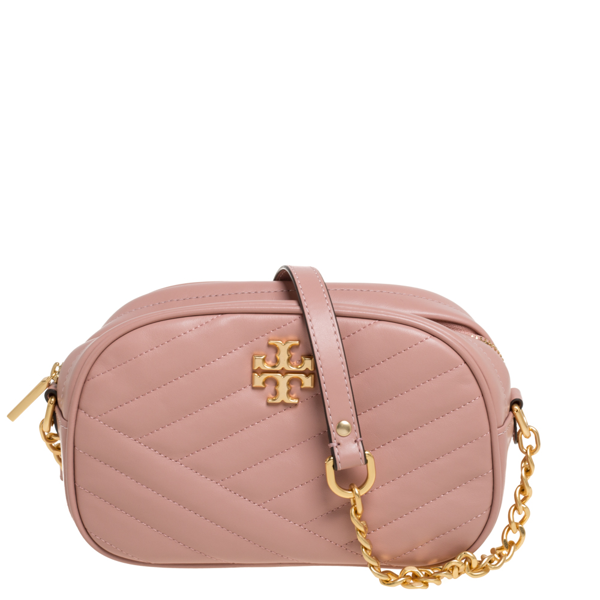 Get your hands on the very popular and versatile camera crossbody bag from Tony Burch Made from soft chevron quilted leather in a pink hue, the Kira bag has a gold tone chain accented strap and a fabric lined interior to house your essentials. The creation is finished with a top zipper closure and a sturdy bottom.