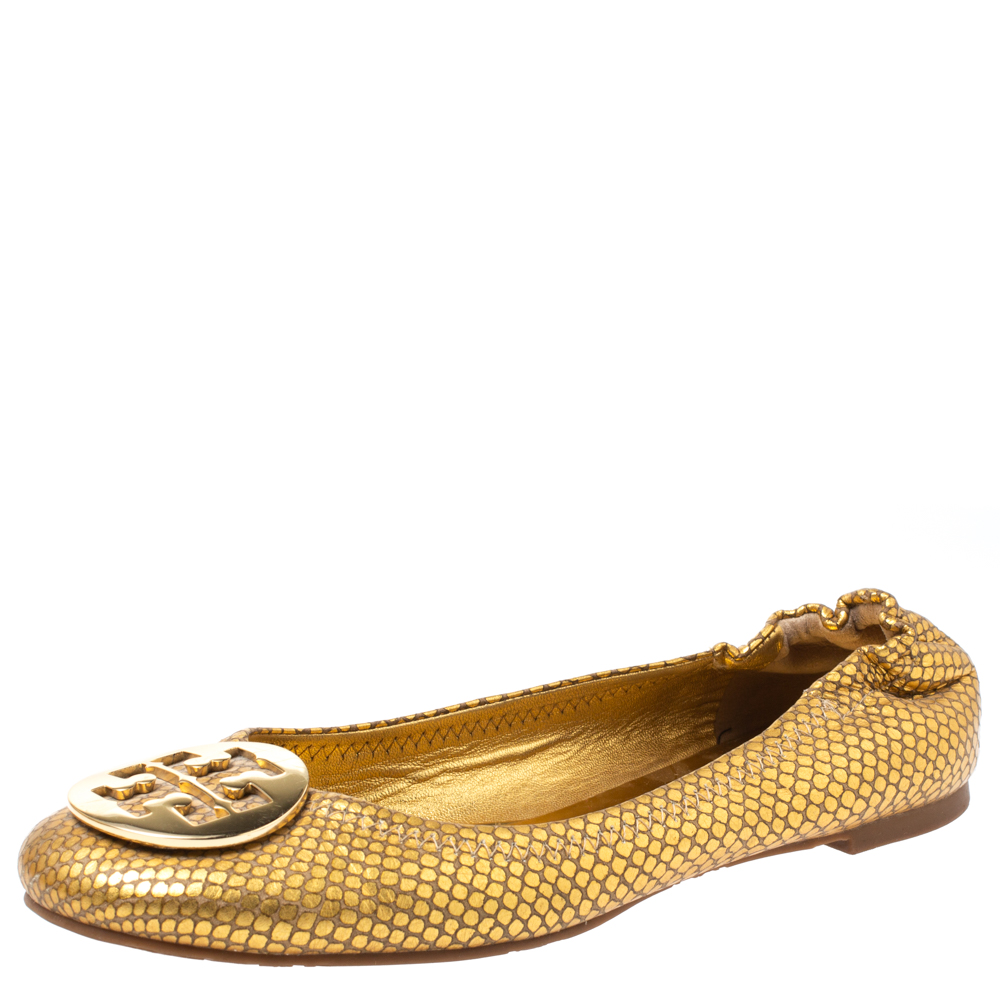 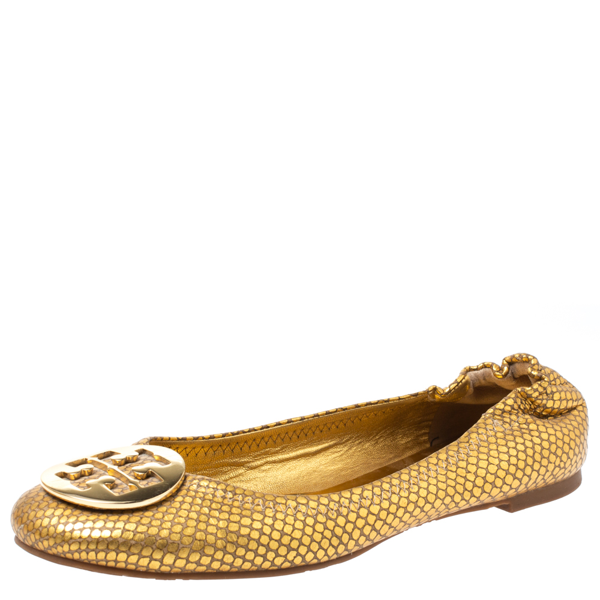 Lend the luxury appeal to your casuals with these chic ballet flats from Tory Burch. Crafted from metallic gold snakeskin effect leather and designed with logo accents on the uppers, they offer a scrunch style and are a perfect choice when you want both comfort and style.