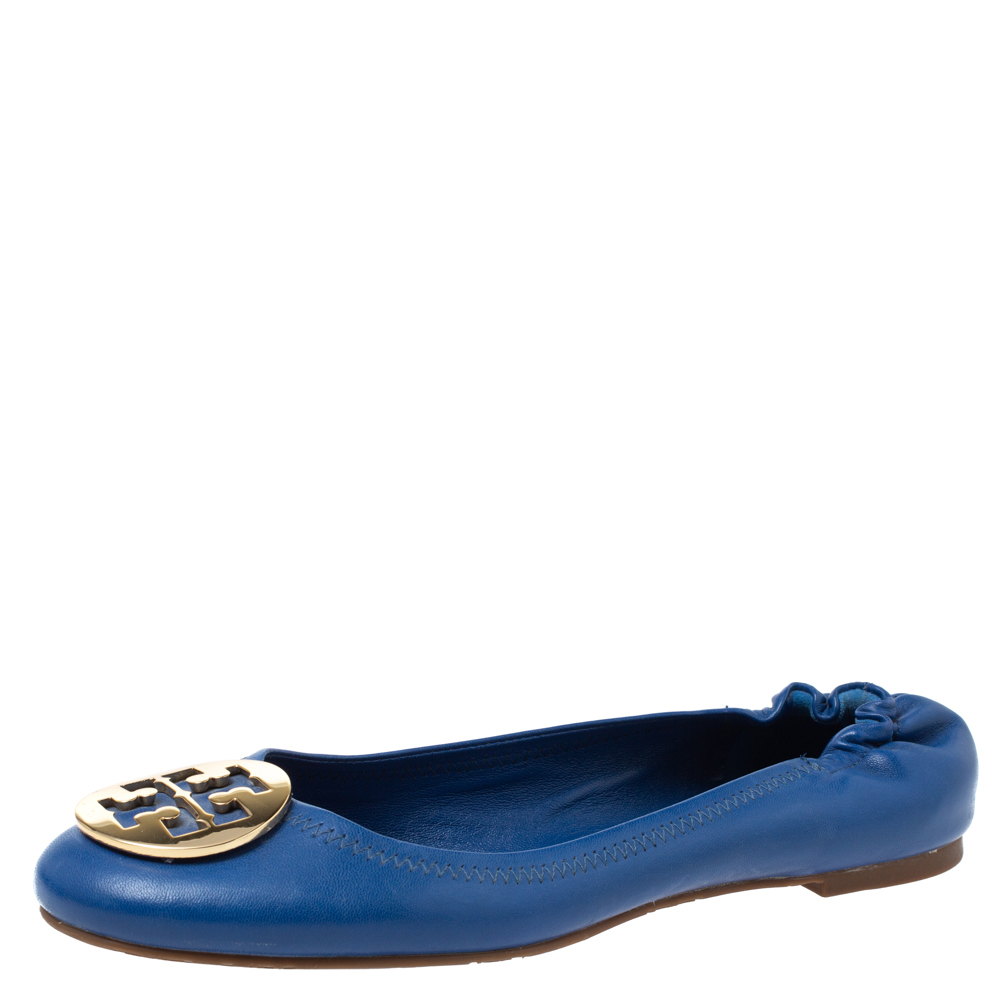 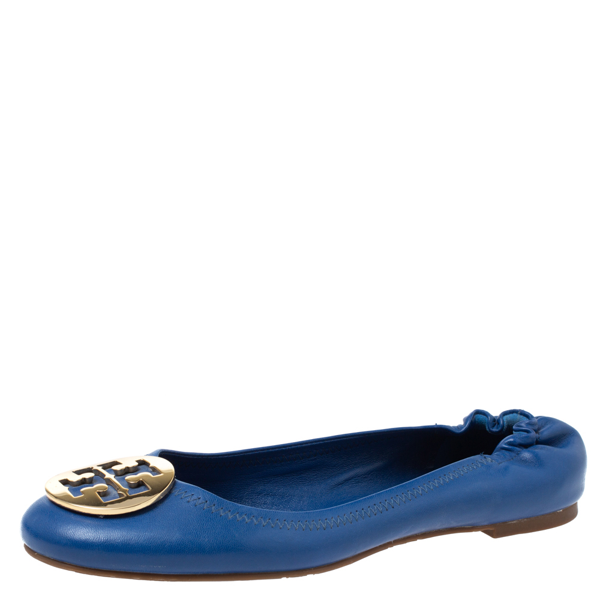 These blue Tory Burch Minnie ballet flats are simply elegant and luxe. Crafted from leather, they flaunt logo details on the uppers and a scrunch style to give you a good fit.