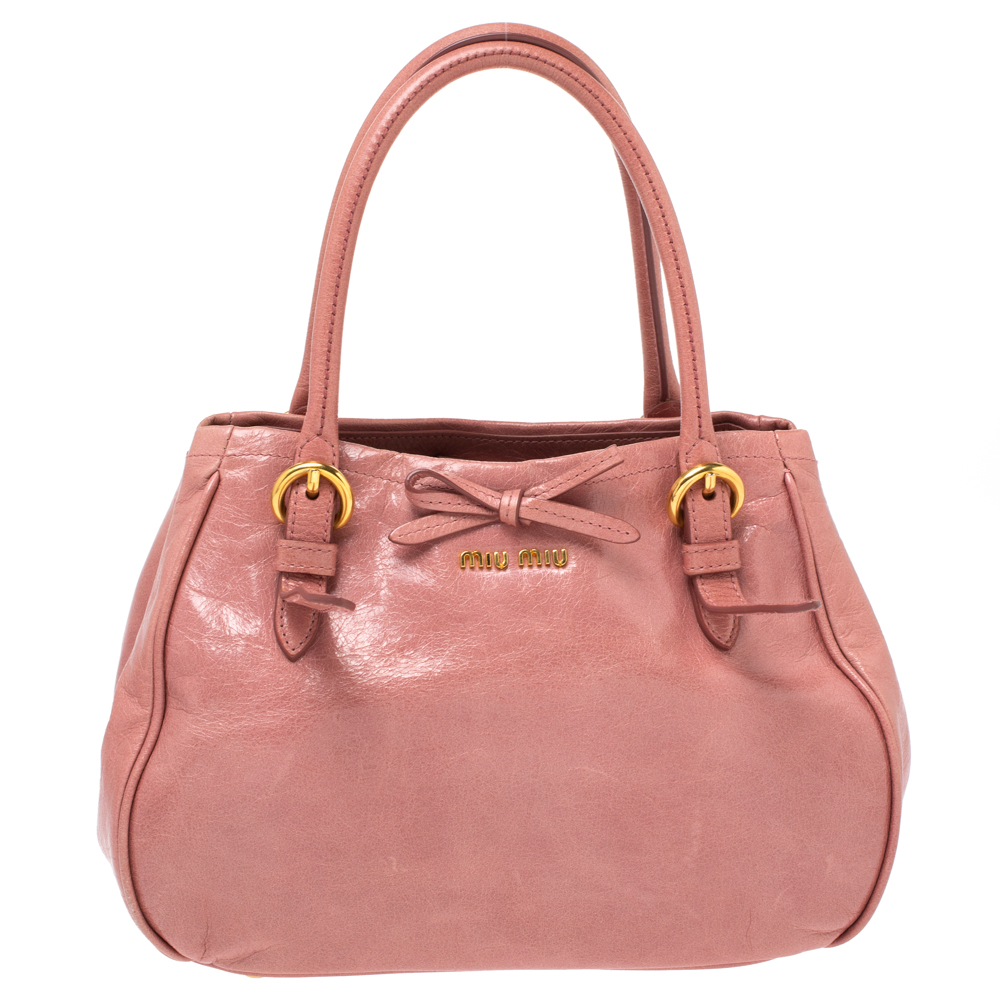 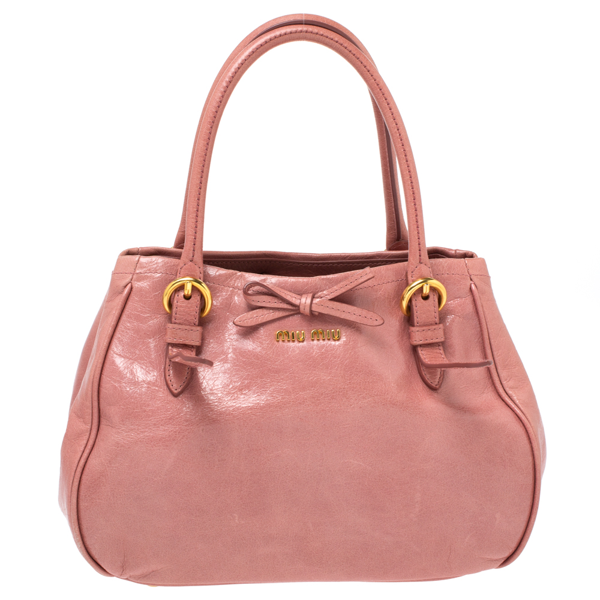 This Miu Miu handbag promises to help you stay stylish from day to night and weekday to weekend. Crafted from pink leather, this bag is equipped with two handles and a detachable shoulder strap and flaunts a bow detailing on the front.