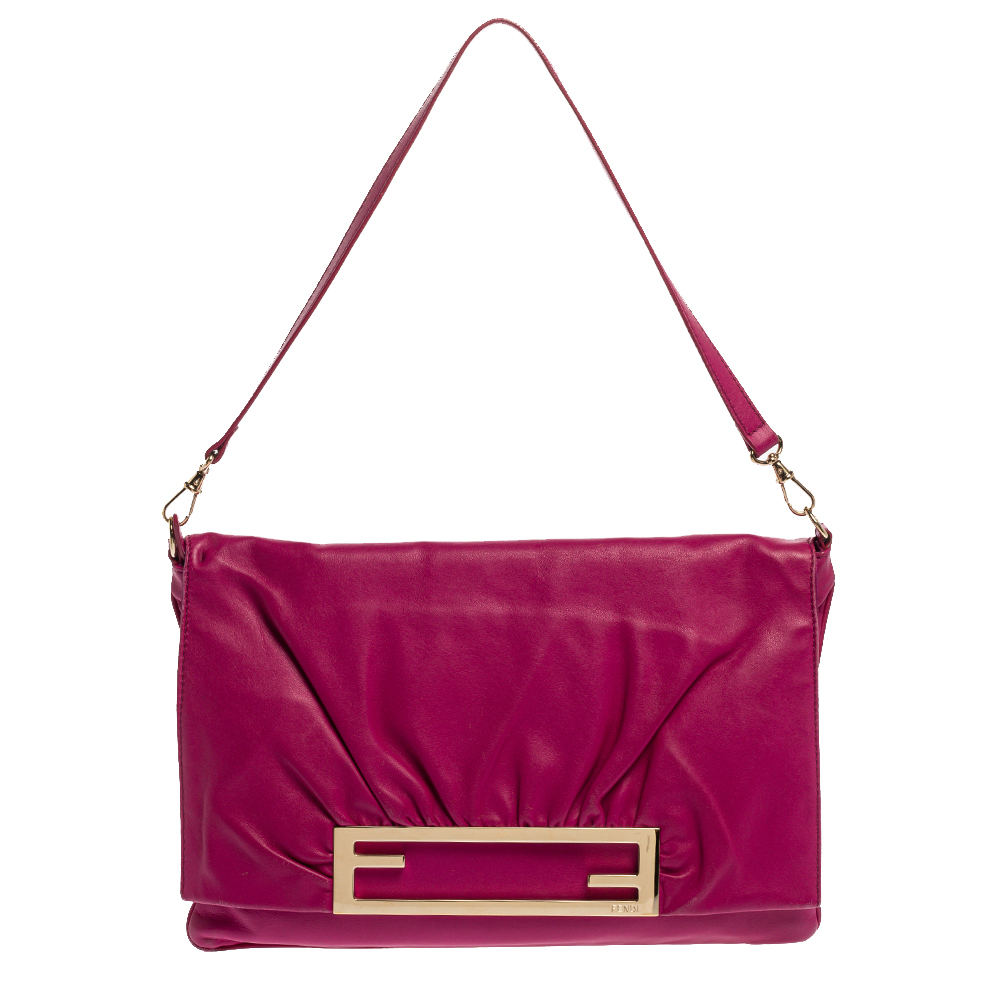 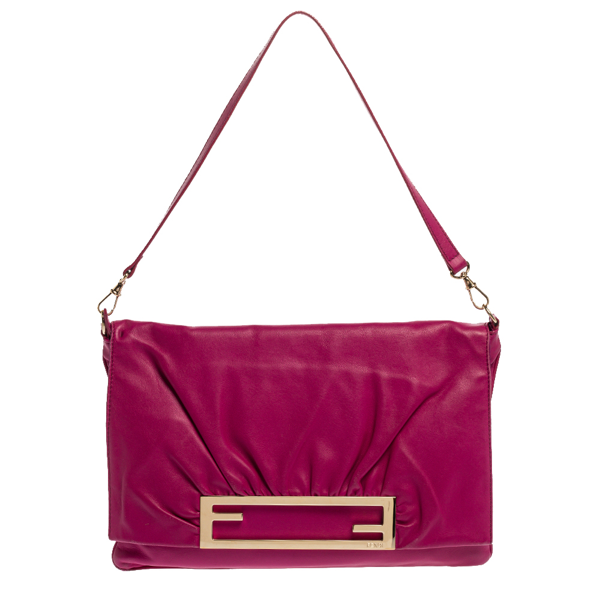 Coming from the house of Fendi, this handbag will highlight your fashion forward choice. Crafted from purple leather, this shoulder bag is lined with quality satin that will hold your essentials safe. It comes with the signature inverted F logo on the front and a detachable strap.