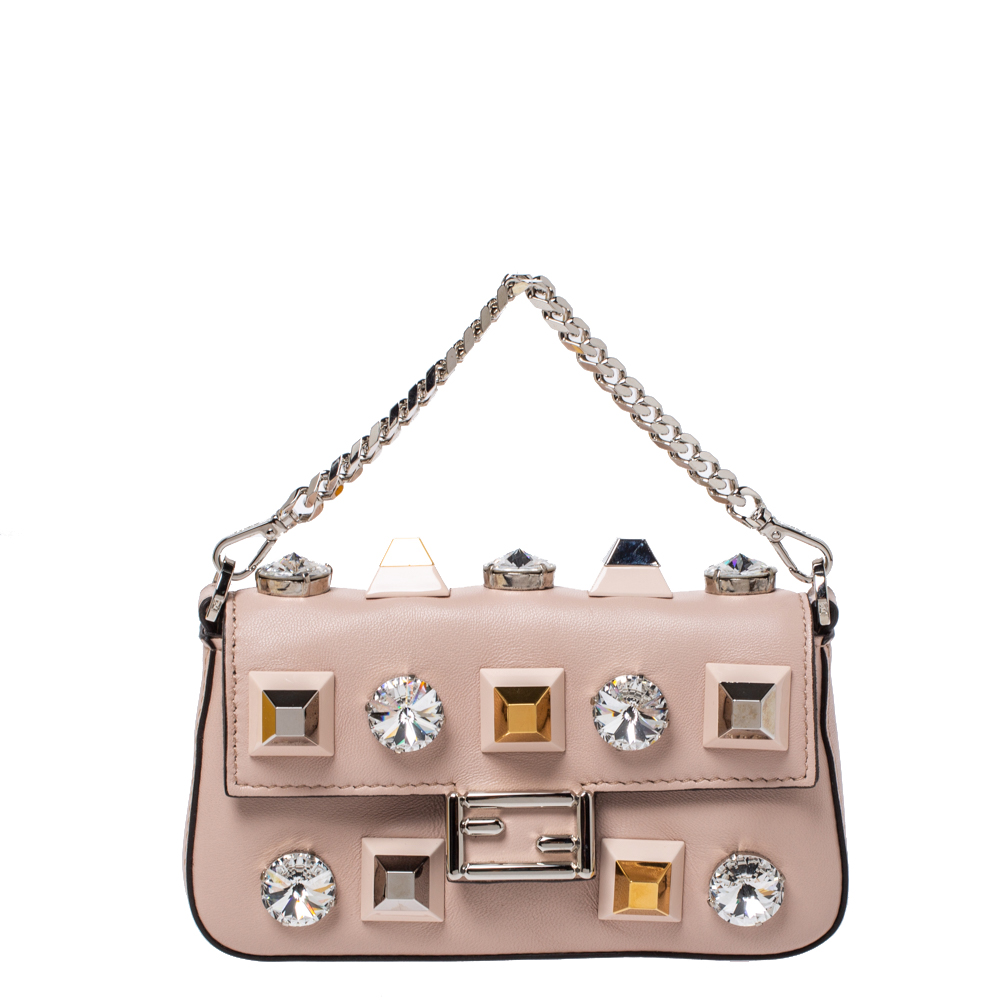 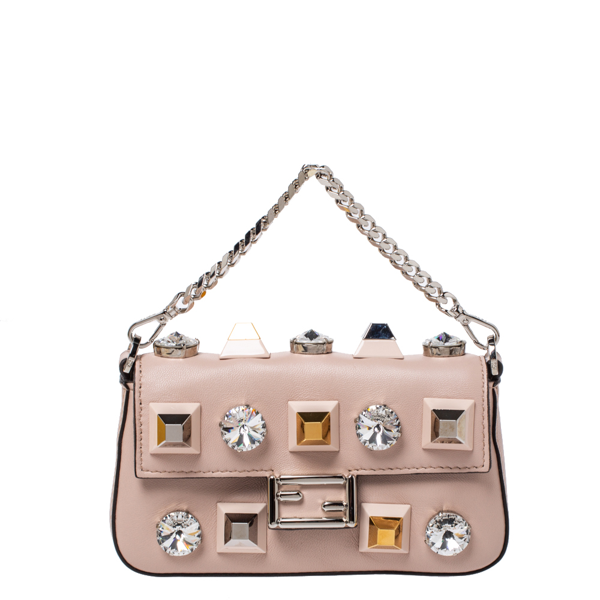 The Baguette was created by Silvia Venturi Fendi in 1997 and it was an instant rage Cease the wait and grab this beauty to experience the return of one of the earliest It bags in fashion. Made from leather, the wallet on chain is detailed with multiple crystal and stud embellishments and has the FF logo on the front flap and a chain link strap. It opens to a suede lined interior and has ample space to hold your day to night essentials.