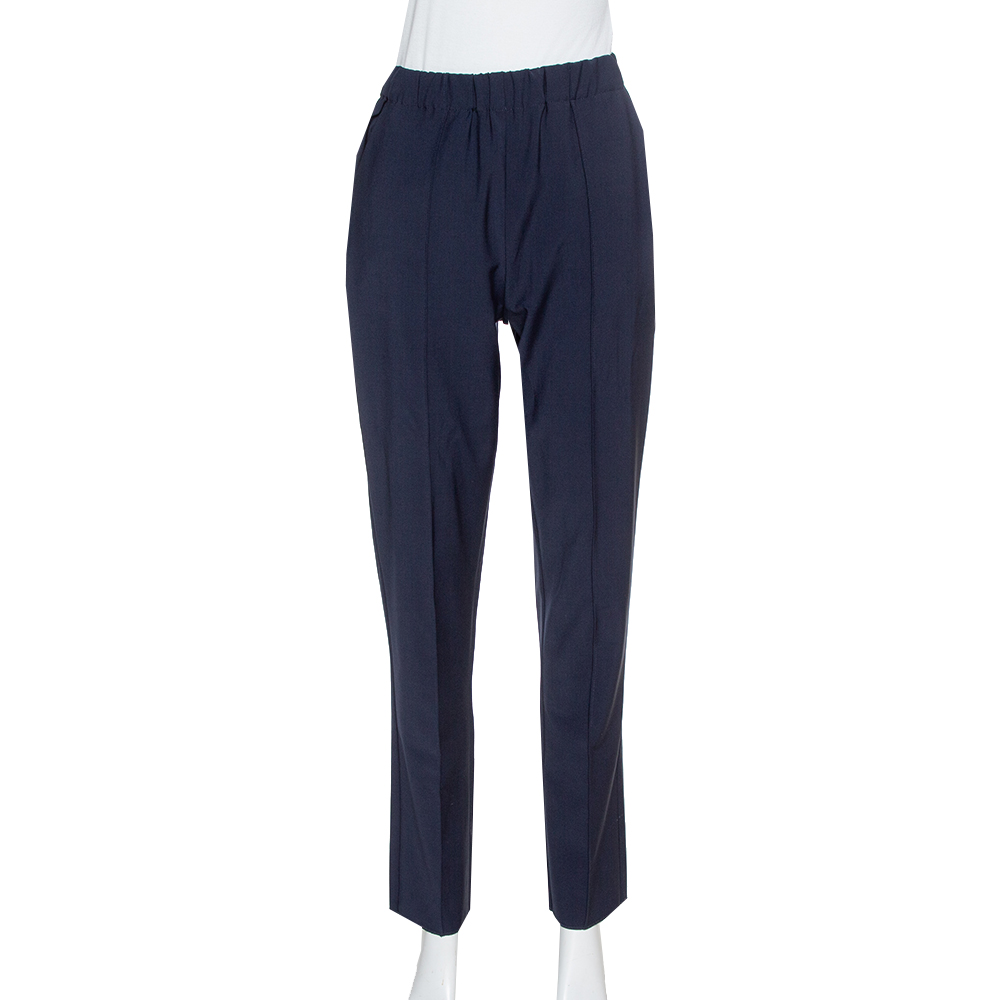 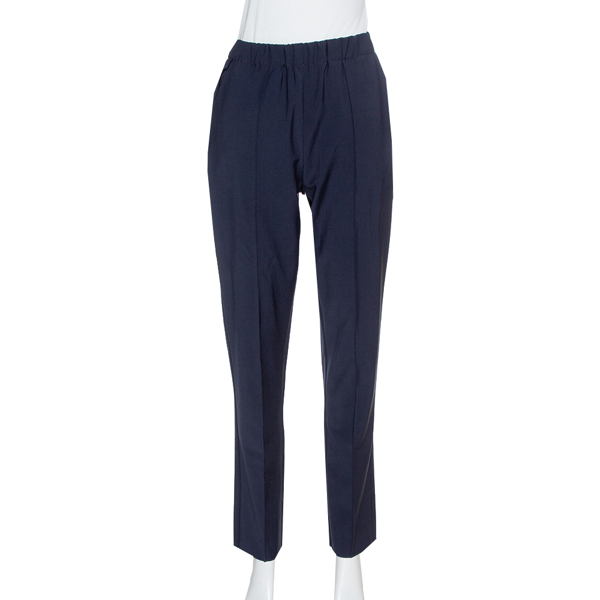 These trousers from Fendi are so chic that you cannot let go of them. They have been made of a blend of fabrics and come in a lovely navy blue shade. These tapered trousers are styled with an elasticized waist, and pockets. They are great for formal occasions and will pair well with high heels.