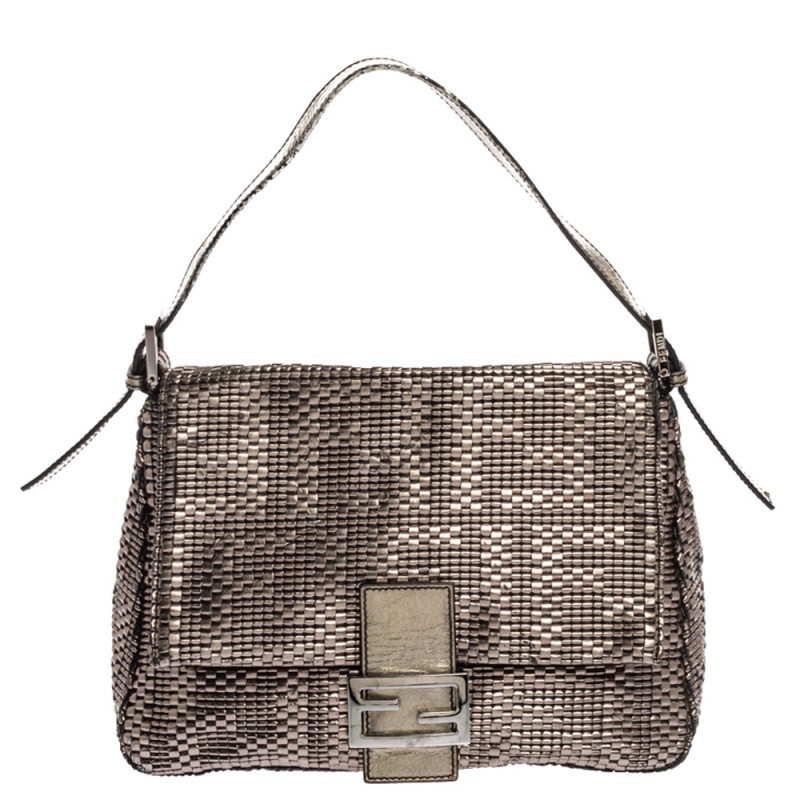 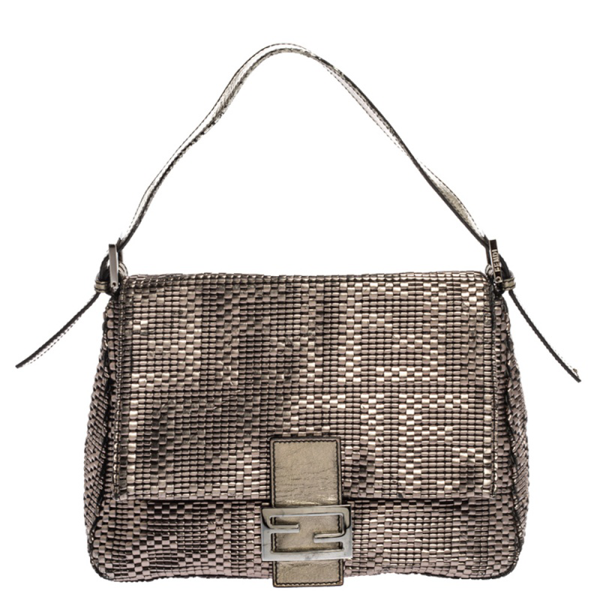 The Mama Forever shoulder bag from Fendi is a classic fashion choice. Detailed with their logo lock on the flap, this woven leather piece is simple and stylish. A well sized satin interior and a leather handle complete the bag.