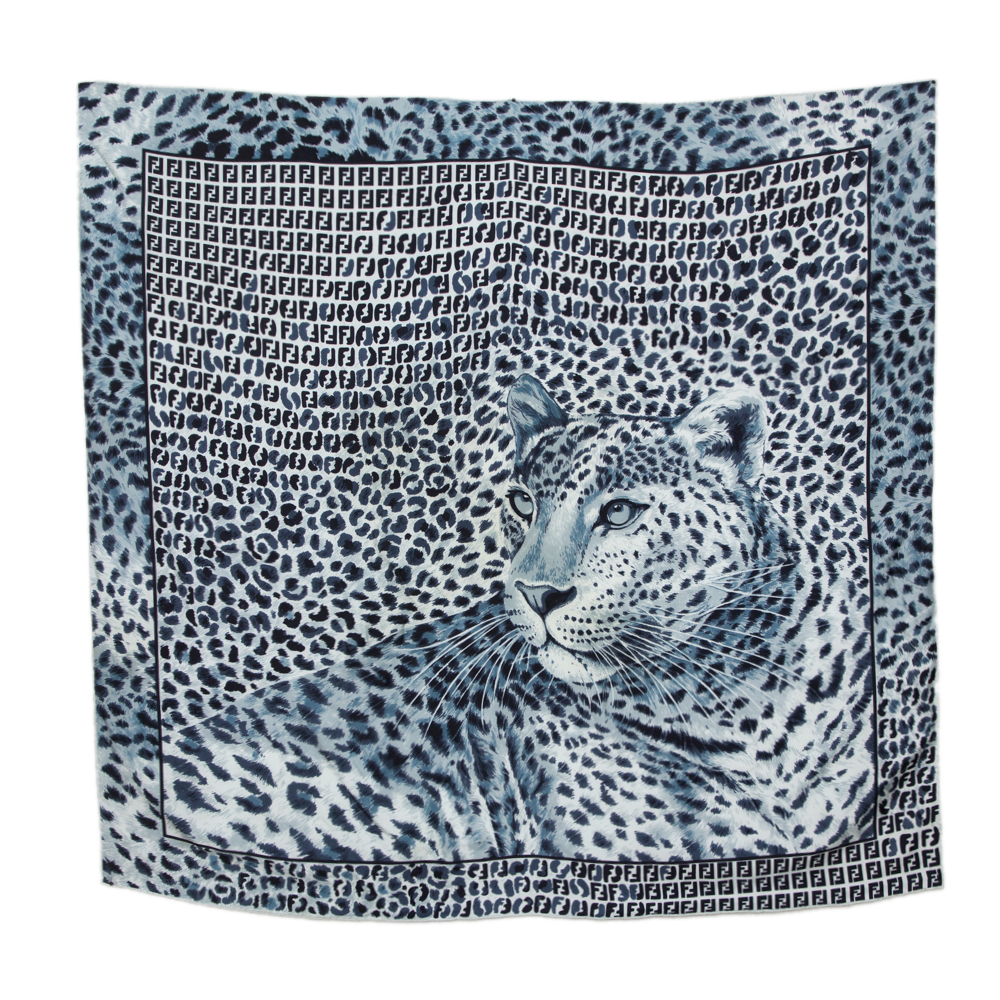 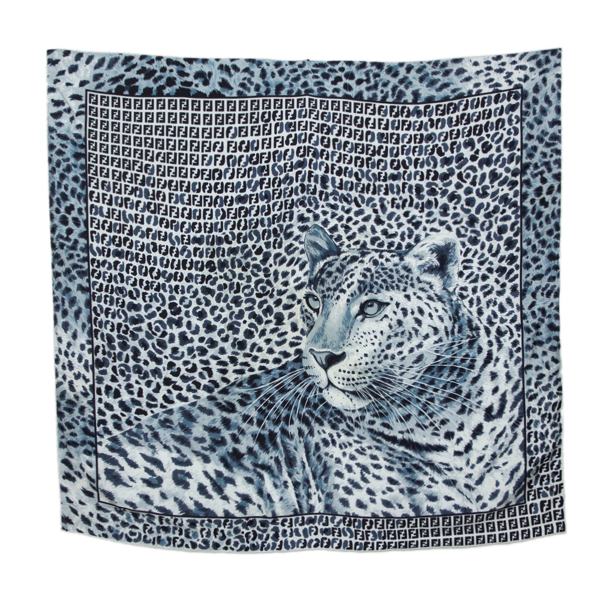 You are bound to stand out with this scarf from Fendi. Luxuriously cut from 100% silk, the scarf has leopard prints splayed all over, and every accent of this piece speaks high fashion. The scarf is complete with the brand label on it.