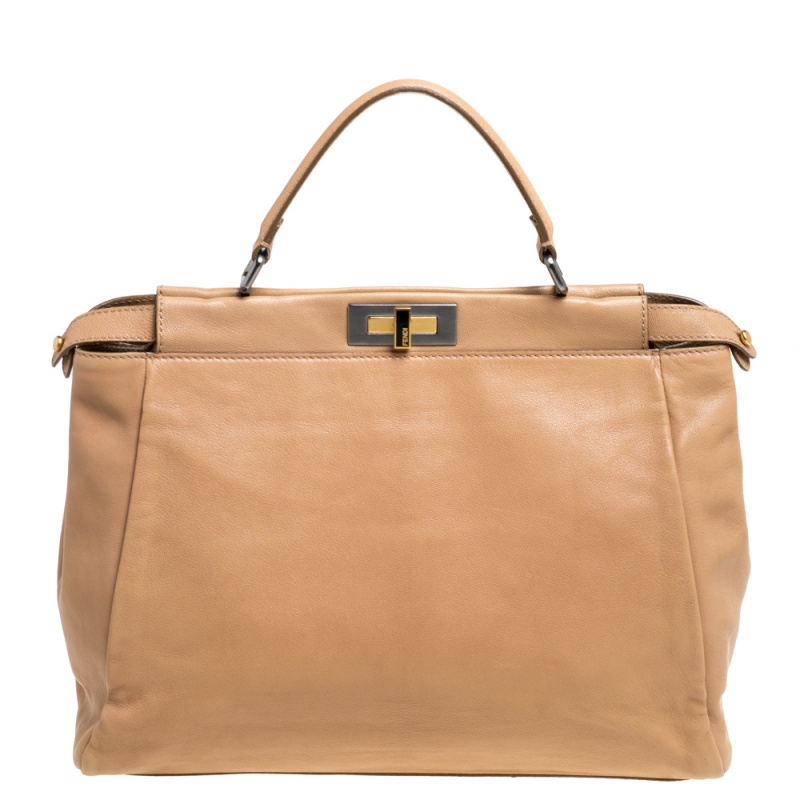 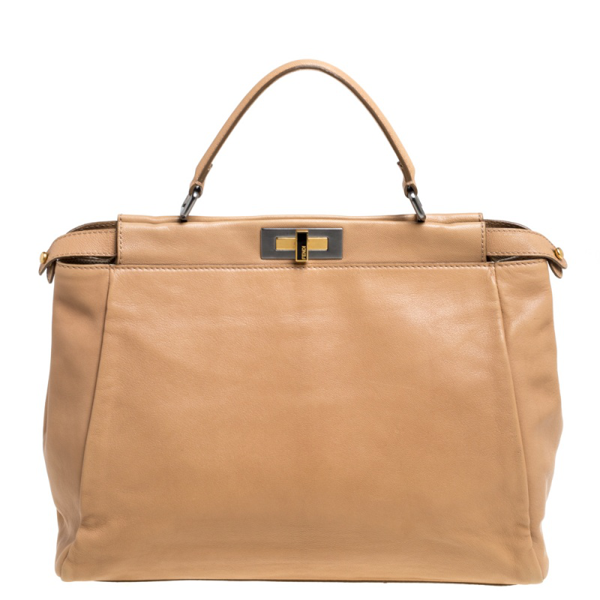 One of the most popular bags from the house of Fendi, the Peekaboo has been a glorious member of the It bags club since its very inception. Reasons? The bag is both trendy as well as elegant, it designed spaciously and is easy to use. This large Peekaboo in beige is crafted from leather and has gold tone twist lock closures on each side, which you can also leave unclasped. The bag boasts an interior lined with exotic lizard skin and compromises of two compartments. Lifted by one top handle, this bag is just the perfect bag for a modern woman like you (Note: Available for UAE customers only)