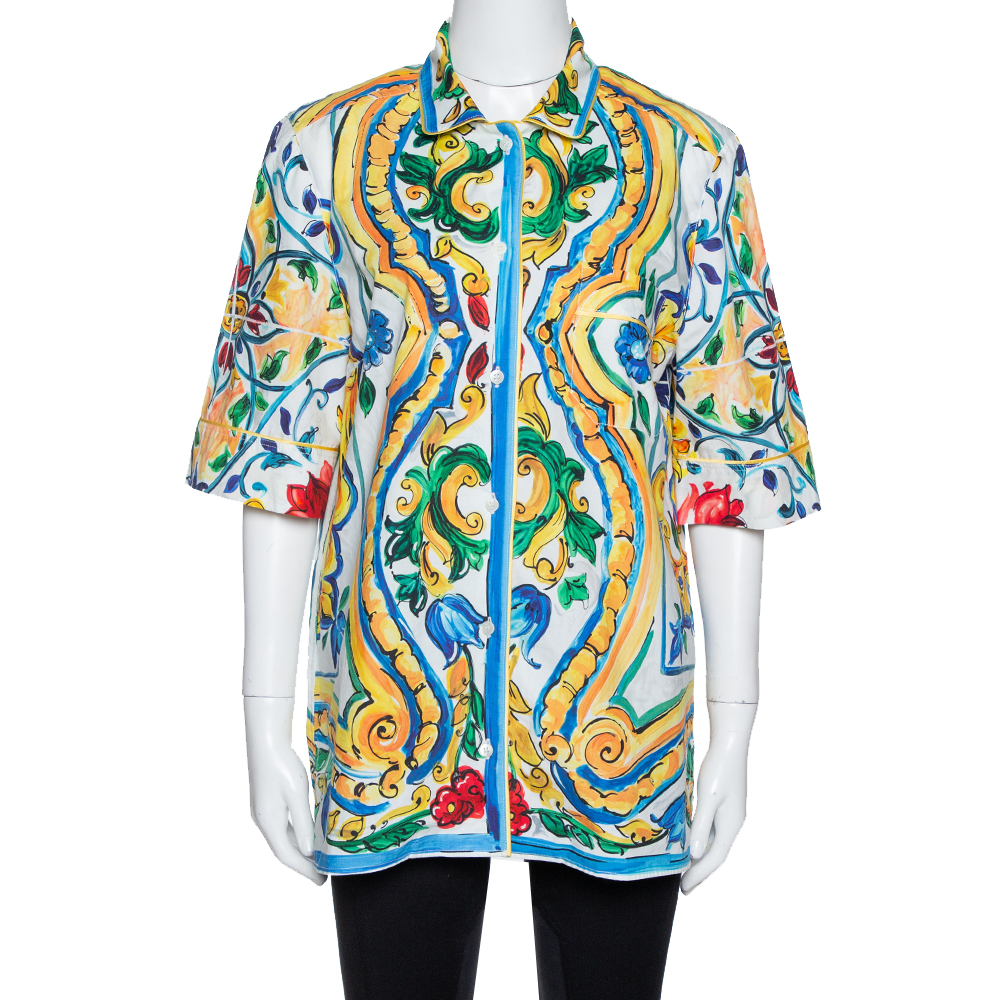 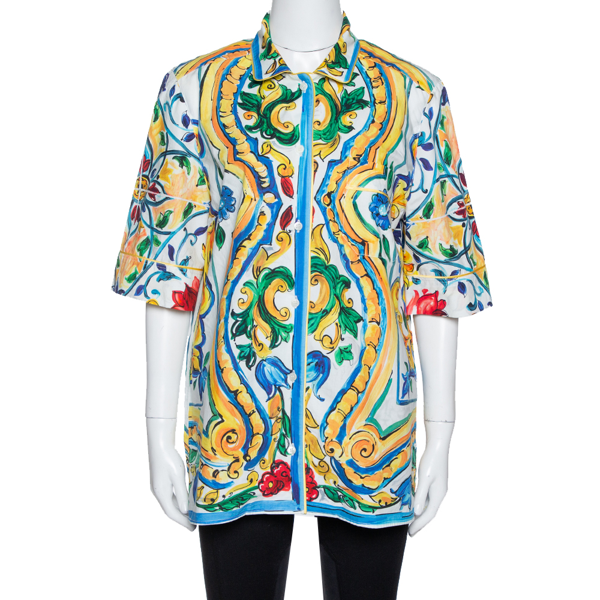 Made from cotton and silk, Dolce and Gabbanas oversized shirt is presented with the brands famous Majolica print. It has short sleeves, front button closure and one pocket.