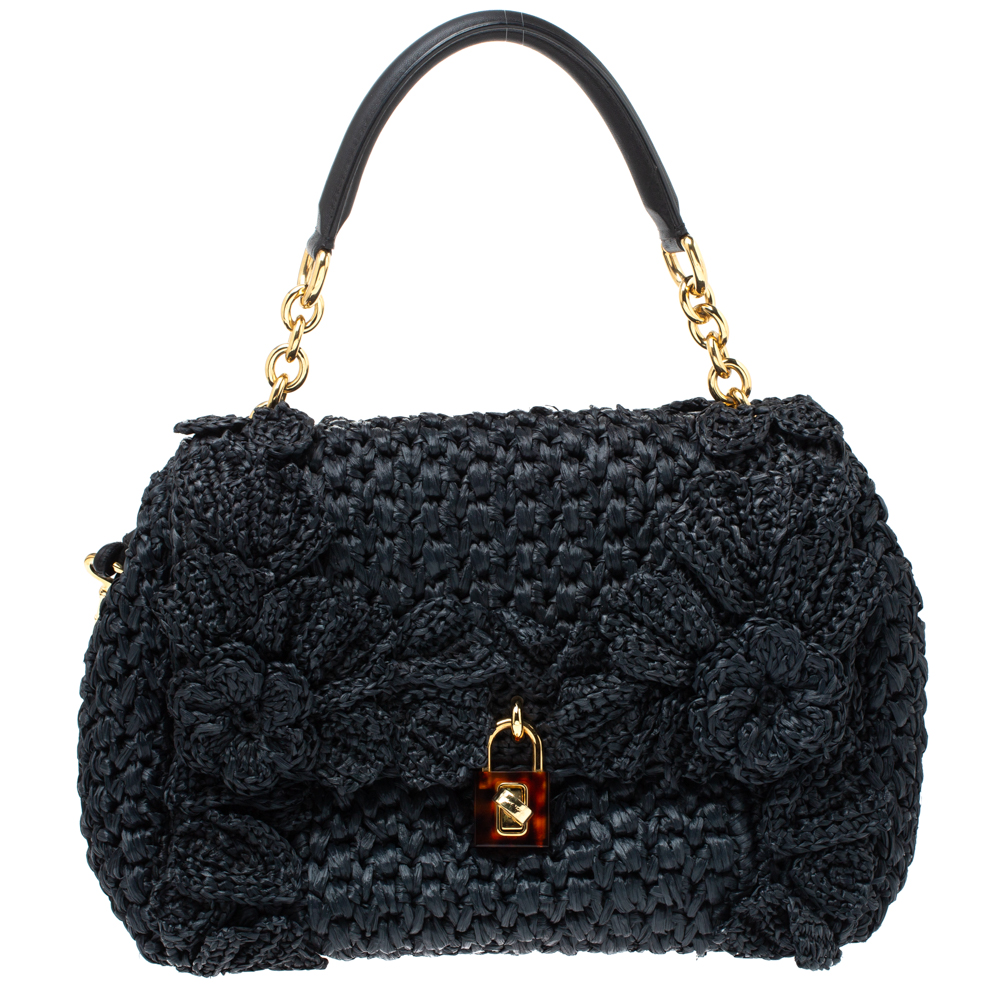 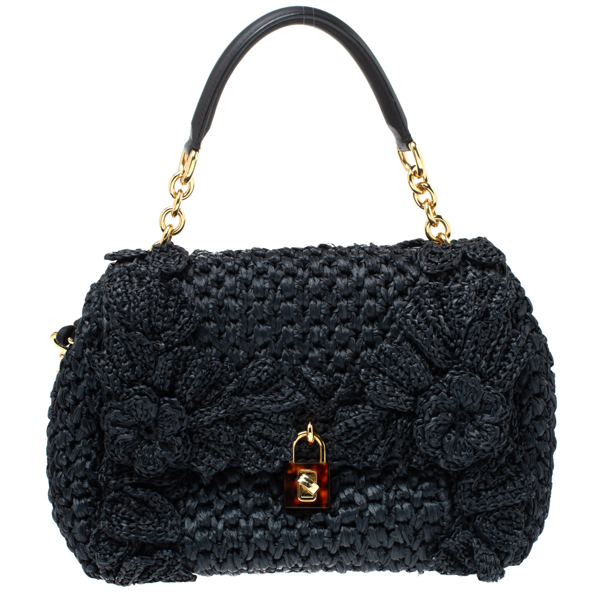 This Dolce and Gabbana handbag is a must have for the fashion conscious. Embrace your natural style with this alluring handbag. Crafted from crochet straw and leather, it has a lovely black hue. It has a playful silhouette and features feminine detailing that adds interest. The detail that catches the eye is the tortoiseshell turnlock on the front flap. With a fabric lined interior, the bag has a zip pocket and enough space to house necessities. Held by a top handle and a long strap, it is finished with gold tone hardware. Get this trendy bag now.